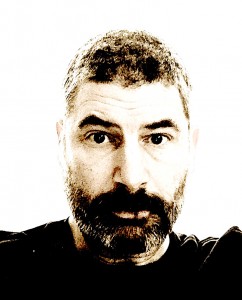 Over the years, I’ve made many resolutions. Many an industrious list has graced my fridge, or desk, as I strove to be a better person than I seemed naturally to be.  Resolutions 2009 begins with “Avoid complaining” which I should probably resolve and re-resolve forever, and goes on to list some things I’m still working at, including completing my novel. So much for making lists.

Other times my resolutions have been simpler. One year all I could manage to resolve was to sing with feeling whenever Happy Birthday was sung—a resolution I have kept ever since. Another year, my resolution was “ponder dignity”, a resolution I also kept.

Sometimes my goals have been loftier, as in 2008’s Resolutions for Canada. It seems a nation, like an individual, may never get its shit together.

At my most ambitious, I even graded myself on how I’d done with my resolutions. The opening post of 2008, I resolve to was earnest and inspiring, almost poetic. But a glance at my 2008 Grades reveals a mixed success.

As I’ve matured, I’ve preferred not to make resolutions at New Year’s, at least not publicly. The timing is wrong, for one thing – I’m in the middle of the winter’s season of turning inward. In February 2010 I published some Retroactive Resolutions, which basically consisted of me itemizing what I’d done so far that year that seemed noteworthy.

A lot of my goals for self-improvement originated with the sense that having failed so spectacularly, I needed to become better. (My resolutions for 2007 took on a decidedly Buddhist tone). Having undergone a Seven Year Switch three times since then, I no longer feel “becoming better” is a useful way to frame my endeavours in this world. Becoming human might be a better way to put it, and really, to become human is ultimately to recognize that human is what I’ve always been.

A calendar year is an arbitrary stretch of time, anyway. The seasons of the sun, the moon, and the heart resonate much more strongly. I find I have no resolutions, per se, for 2018, or whatever stretch of time we might wish to name.

Instead I consider what the world requires of me, and ask for the resolution to meet it with my deepest humanity.